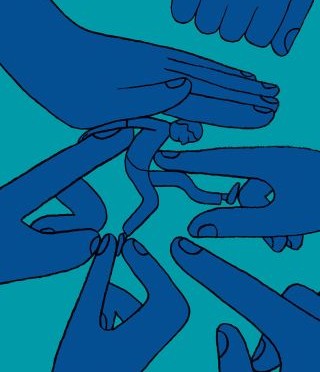 Be Careful Filling Prescriptions While On Probation

Recently I had surgery at an in and out day clinic. Everything went fine and I will heal very fast since the new technical way of repair inguinal hernias is one of the most performed surgeries in the country and I didn’t even need pain medication. That said:

I was given a prescription for oxy-codone-acetominophine and I could have used it but Tylenol was fine. I did not fill it because there is a registry that all pharmacies use which is maintained by the DEA. Once a person fills a schedule I or II drug prescript, their name is put on the national list and you are marked forever as a “person of interest.”

So I emailed my probation officer and told him I did not fill it and I told him why; and then I added in the email that I did not want there to be ANY marks on my probation records that they could use against me, come time for expire of probation.

This is just a heads up for anyone who needs-to-know and I hope it helps.

I went to a behavioral health clinic which was a referral from my doctor. I was looking to find a better pharmaceutical alternative to the Zolof which I believe is not really working and my liver reports have been elevated which Zolof has a history of doing. Here is the story.

I got there and in the interview/intake the woman was listening very well to my needs and helping diagnose what I really have (OCD? Tourettes? PTSD? GAD?… leaning towards OCD). I gave her a good 15 minutes of life history and general reason why I was there. Inevitably the S.O.R. thing came up and I did a back-track in the middle of a conversation to get her up to speed. I apologized for bringing this up so late in the conversation but she mentioned that I did an excellent jog in interjecting it into the discussion and at the right time… I told her it was my intention to not hide anything but I wanted her to get to know ME before drawing conclusions.

She was actually more helpful in the 45 minutes of interview than any other psychologist has been in the past. ( I learn about replacement thoughts, for my OCD thoughts… no one had ever brought that up in the past. )

HERE IS THE PART THAT I AM WANTING TO MAKE AWARE.

I had a call from her this afternoon and was told that they could not see me as a client due to being on the registry. I have to note that I also got a big shock out of how she used the term “person on the registry” almost exclusively and never said the SO word once. At the end of the session I gave her a WAR card and she sided with the philosophy. If I get her email I will send it to Vicki.

So after our phone conversation about the situation of not being able to see me I asked, very cordially, from her, for a letter or an email so that I would have a record of this policy that they had. I told her about other clinics that had visitors on certain days and or that came in and out of visits through different entrances than family clients. I also mentioned how this hurts families and individuals. See seemed to agree and is going to talk to her supervisor and get back to me about the letter. I am trying to get as much documentation on the treatment analogs and how hard it is for a person on the registry to get help. She was somewhat hesitant but I assured her that my intentions were to collect information for the National suit and for my personal venture of being removed from probation. (long story for another day).

Anyone want to help compile data on the ins and outs, literally, or treatment modals please let me know. I think this is a good direction to go with as far as the restraints of registrant from the treatment angle.