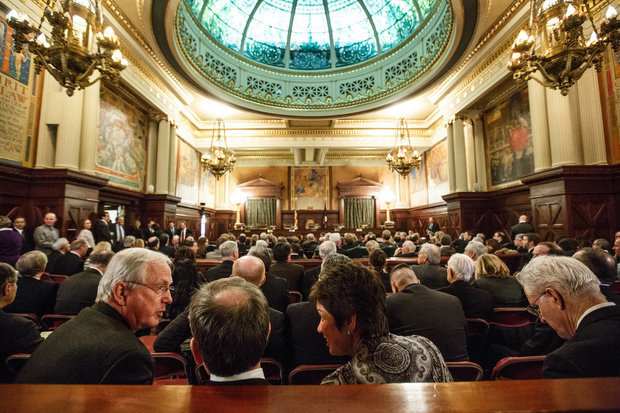 Probation: The nicest sounding way to grease the skids of mass incarceration

Last week, Shaila Dewan had a brilliant story in the New York Times about how probation sentences set people up to fail: Probation May Sound Light, but Punishments Can Land Hard. The article follows a woman who was arrested for drunk driving, her first offense of any kind, and whose life entered a very expensive spiral, including the loss of two jobs and having to pay almost $4,000 in fees, fines, and court costs and $2,000 to post bail. In addition, she was forced to spend 34 days in the dirty, dank, dangerous and disgraceful Baltimore jail simply because she was unable to find attendance slips from her required A.A. meetings, and she could not afford another $2,500 bail bond to get out of jail time.

Because many people on probation fail to meet the conditions of their community supervision, probation often isn’t the alternative to incarceration it’s made out to be. The harm of probation would be important even if probation were rare; but more than half the people under correctional control are on probation.

Like imprisonment, there is tremendous variation between the states on the use of probation, but these differences aren’t parallel. For example, Rhode Island has the 48th highest incarceration rate, but the third highest rate of probation.

Last month, Rhode Island’s governor created the Justice Reinvestment Working Group in order to get to the bottom of the state’s use of probation. One answer I hope the group will uncover as they develop a path to more reasonable uses of correctional control is exactly why Rhode Island decided to leave its neighbors behind in the use of probation:

The rate of probation in Rhode Island is more than twice as high as the rate of probation in most other New England states. (Massachusetts was not included in the graph above because the state changed its reporting methods multiple times during the previous decade. However, in the most current available data, Massachusetts reported a rate of 1,033 adults on probation per 100,000 residents, less than half Rhode Island’s rate of 2,268 per 100,000 residents.) 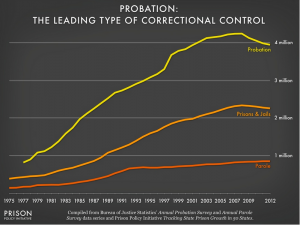